Founded in the 1950s, Heggeman Realty Company grew quickly into one of Mobile’s leading real estate companies under the leadership of B.J. “Buz” Heggeman, Jr. After moving from St. Louis to Mobile to attend Spring Hill College, Heggeman remained in the Port City, and through his hard work, Heggeman Realty has been recognized locally, regionally and nationally for its impact and innovation in industrial and commercial development.

From the beginning, Buz established the ethics and values learned from his parents and the Jesuits at Spring Hill as a cornerstone of his company. Even after his death in 1997, those remain intact today.

His son, B.J. “Bernie” Heggeman, III, continued the legacy that his father began when he joined the company in 1980 after graduating from Auburn University with a business degree. Bernie was active in multiple professional organizations, including memberships in the Mobile Association of Realtors, the Mobile Commercial Real Estate Exchange and the Society of Industrial Realtors (SIOR), for which he was also a Past Regional Chapter President. He also gave back to the local community by serving on the Board of Directors for Wells Fargo Bank, the Mobile Area Chamber of Commerce, the Business School Advisory Board at Spring Hill College and the Providence Hospital Foundation.

Mitchum is a graduate of UMS-Wright Preparatory School and attended Birmingham Southern College where he earned a degree in Business Administration. Mitchum joined the company March 2003 as a Sales and Leasing Associate. In August of 2010, Mitchum received his Broker’s license and worked as an associate Broker for Heggeman Realty. In June of 2014, he became the Qualifying Broker for Heggeman Realty. His professional affiliations include memberships in the Mobile Area Association of Realtors, The National Association of Realtors, The Commercial Real Estate Exchange, Mobile Area Chamber of Commerce and The Society of Industrial and Office Realtors (SIOR). He is a graduate of Leadership Mobile  and is involved in leadership positions for civic organizations in the Mobile area. 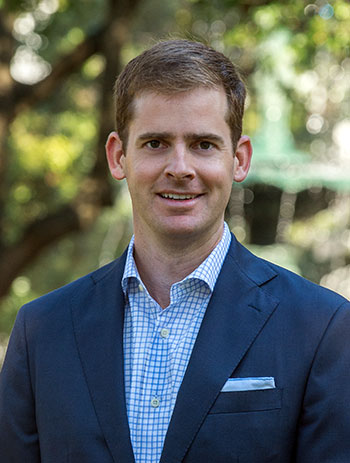 *Heggeman Realty Company was the first company in the Mobile area to have an active individual membership in the Society of Industrial and Office Realtors (SIOR). The SIOR designation represents the most skilled, ethical, and respected industrial brokers worldwide. SIOR is considered the best corporate real estate network system operating in more than 1,000 offices and 350 cities world wide.

We're not available right now, but you can send us an email and we'll get back to you, asap.